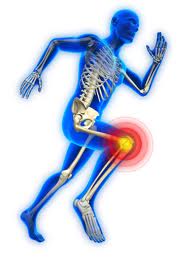 What do Lance Armstrong, Michael Jordan, Tiger Woods all have in common? Not only have they risen to the top of their respective sports all of these athletes consider regular chiropractic care essential to improving their health and gaining a competitive edge over their competitors.

The truth is, it doesn’t matter if you are at the top of your game, a weekend warrior, or a stay-at-home mom training for your first 5k run, upper cervical care can help you perform at your best!

Athletes undertaking rigorous fitness regimes often push their bodies to the limit. Since their performance is based on the health and strength of their body whether they need to recover from injury, improve performance or increase joint flexibility, ongoing upper cervical care is a valuable addition to their training regime.

How does upper cervical care to improve athletic performance? The answer lies in the nervous system. In our bodies, the brain and brain stem act as our “Master Control System:. Everything that we do is regulated by the nerve impulses that are sent from the brain/brain stem out to the body through our network of nerves. For the athlete who is looking for an edge to his or her physical performance, this improved communication between the brain and every part of the body, especially the heart, lungs and muscles can make the difference between winning and losing.

Upper cervical corrections help to improve the overall function of the nervous system, which, in turn, improves the efficiency of the communication between the brain and the body. With a fraction of a second meaning the difference between gold and silver, many of today’s top athletes are checked regularly during training and off seasons to maintain peak performance.

Research conducted by Dr. Jon Schwartzbauer, studied changes in athletic performance in baseball players with and without upper cervical care. Each athlete’s performance was evaluated through assessment of the vertical jump, broad jump specified, standing broad jump, and muscle strength. Blood pressure, pulse rate, microcirculation (capillary counts), and treadmill stress testing were also evaluated. The results showed significant improvement at fourteen weeks in muscle strength and long jump distance in the group receiving upper cervical corrections. Moreover, this same group showed significant improvement in capillary counts after five and fourteen weeks of upper cervical care. Evaluation of the group receiving care revealed decreases in resting blood pressure and pulse rate following tread mill activity. By comparison, trends in these same measures showed increases within the control group (non-upper cervical). All this translates into better athletic performance! In another study by Drs. Anthony Lauro and Brian Mouch, upper cervical care improved athletic performance by as much as 30% after 12 weeks. Athletes were tested on several aspects of athletic ability including kinesthetic perception, power, reaction time, agility and balance. At the 6 week mark of this study those who received upper cervical care showed an 18% increase in performance while those who did not showed only a 1% increase in performance.

These studies showed that athletes who have full brain to body communication (subluxation-free) react faster, have better coordination, execute fine movements with improved accuracy and precision, amounting to an overall better athlete.

improved immune system that can ward off common illnesses or disease

reduction of migraines or severe headaches

increased blood and oxygen flow throughout the body

reduction of pain in major joints

Some athletes turn to upper cervical care only after they have been injured, but it is much more beneficial to incorporate care into the weekly training routine. An upper cervical doctor can offer natural supportive care for runners, bikers, tennis players, baseball, football and basketball players – any athlete who is constantly on the move.

For both casual sports participants and high-performance athletes, a natural method of stress reduction and toxin removal is necessary for better health overall. Upper cervical care can play an important role in the lives of these athletes throughout their training season, and during their most competitive seasons.

Famous athletes who dominate their sports visit a Doctor of Chiropractic on a regular basis.

THESE ATHLETES GO TO A CHIROPRACTOR ON A REGULAR BASIS:

If you do any sport or have an active life then Chiropractic and Dr. Lee can help.

“The Chiropractic approach to health and wellness has helped thousands of athletes, amateur and professional to  overcome an injury without resorting to surgery.”

“ I have been going to a Chiropractor as long as I can remember. Its as important to my training as my swing”

A Chiropractor can often detect and prevent a structural problem that can lead to injury or poor performance, by observing an athlete in action.

“As long as I see the Chiropractor, I feel like I’m one step ahead of the game”

“I definitely try to get on a basis where I use Chiropractic at least twice a week. I would say definitely say that it helps me to perform at a higher level”

25 million people visit a doctor for injuries that they suffer as a result of athletics in an average year. In most all of the professional sports, injury is the number one reason for early retirement. 67 billion dollars is spent each year for the treatment of athletic injuries.

Doctor James Lee of Austin Chiropractic focuses on the entire structure of the body rather than just the obviously injured part. This is why Dr. Lee can often detect and help to prevent an injury that might normally be overlooked or ignored.

“Chiropractic is essential for running. If I could put a percentage value on it, I would say that I compete 8-10% better from regular Chiropractic”

Now lets talk about children and sports. It is estimated that 30 million children now participate in organized sports including football, soccer, swimming, hockey gymnastics, skating      and baseball. Therefore as participation increases, injuries increase. These new sports injuries to young people now exceed the occurrence of infectious disease in the USA.

Chiropractic care for children of all ages is of tremendous benefit for the treatment and prevention of injuries as well as to maximize performance potential in all of their activities.

“I have to have an adjustment before I go into the ring. I do believe in chiropractic. I found that going to a chiropractor three times a week helps my performance.     The majority of boxers go to Chiropractors to get that extra edge.